Many of the plywood-hulled, clinker-built, twin-keeled Eventide 26 sailboats were completed by home builders in the 1950s and 60s. 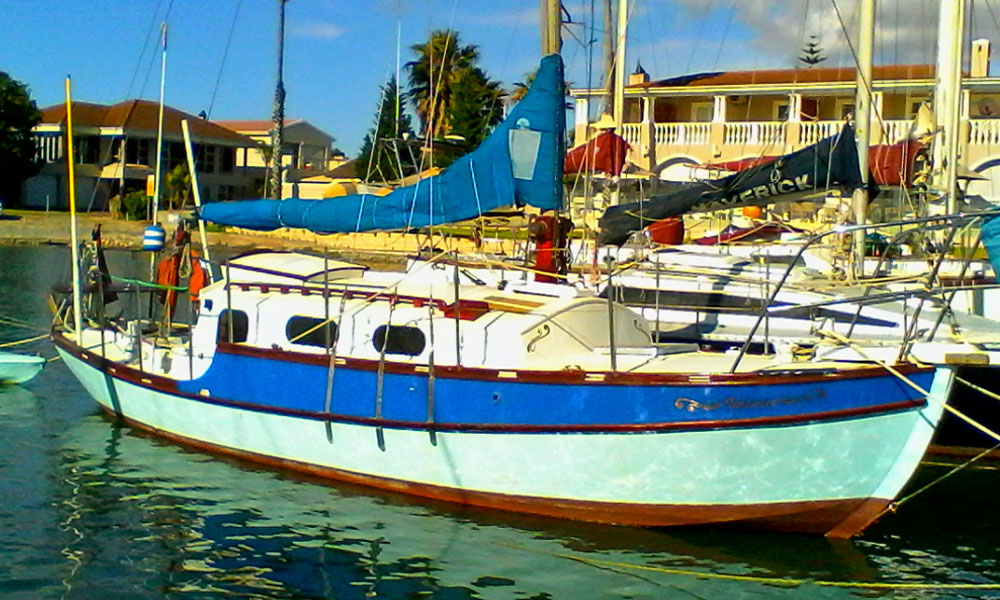 Many thanks to George Wenman for submitting this pic of his Eventide 26 'Valerie' alongside in Port Owen, South Africa.

Published Specification for the Eventide 26

Published Design Ratios for the Eventide 26

read more about these all-revealing numbers...

Summary Analysis of Published Design Ratios for the Eventide 26

Sailboats in the Eventide range include:

Sailboats designed by Maurice Griffiths include:

The British yacht designer Maurice Griffiths (1902 - 1997) was a former editor of Yachting Monthly. He specialised in sailboats that could be constructed using inexpensive materials such as marine plywood and completed by an amateur builder.

Are there any used Eventide 26s or similar sailboats advertised for sale on Sailboat-Cruising.com?