My body was twitchy from drinking coffee, but my mind was exhausted. Glen, my husband, was sleeping below deck and I was on night watch in the cockpit of 'It’s Enough', our Amel ketch. Sailing the vast chunk of northernmost Australia had proved longer and harder than it looked on the chart. 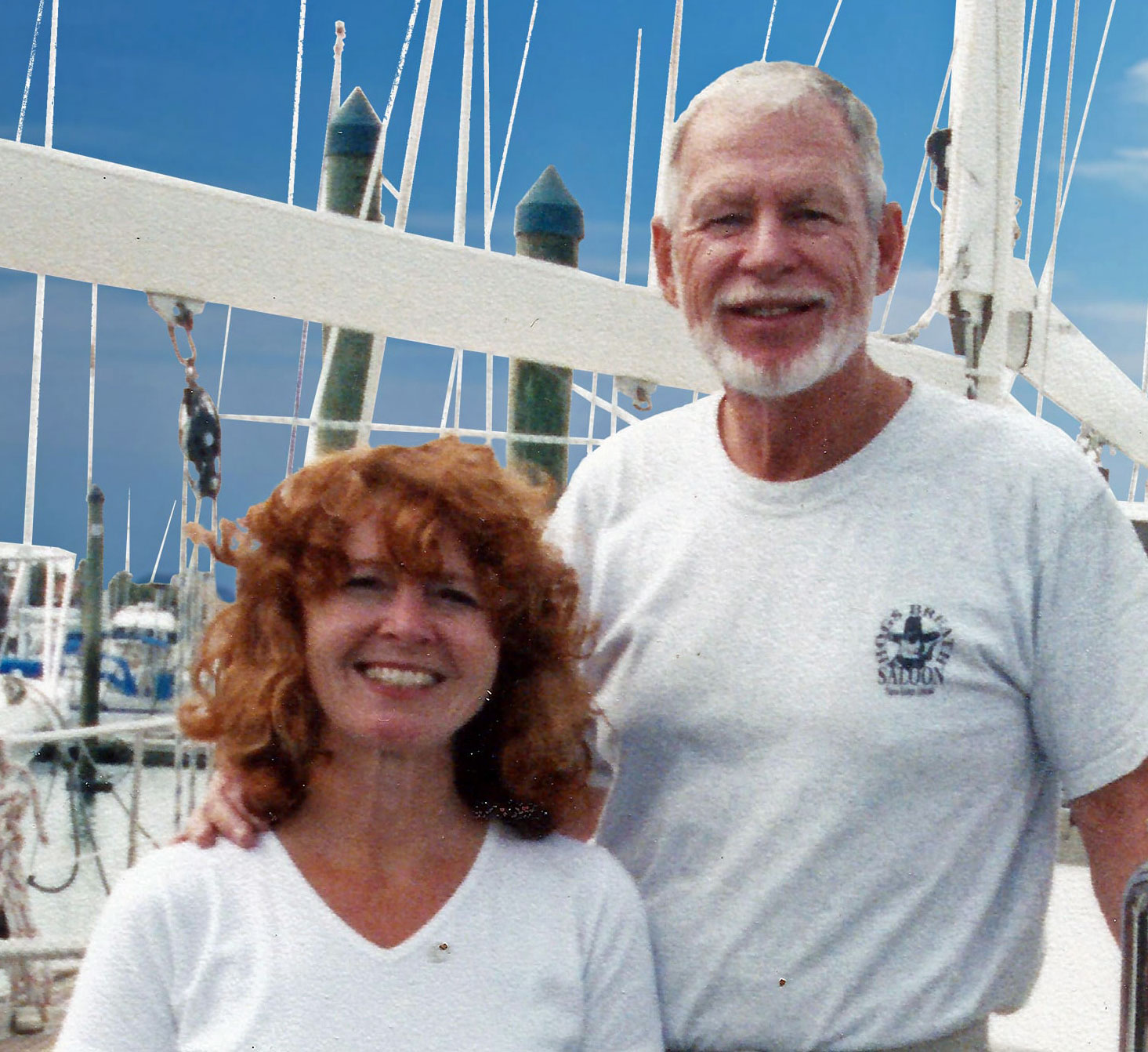 Julie Bradley was born with adventure genes and shares her passions in her internationally bestselling books 'Escape from the Ordinary' and 'Crossing Pirate Waters', true stories of a 7½ year circumnavigation with her husband, Glen.

Finally, we rounded the coast and with a slight adjustment of sails I eased our boat among the crush of shipping traffic in the Torres Strait, the narrow band of ocean between Australia and Papua New Guinea.

Vessels of every size, from colossal oil tanker to container ship, showed on our radar like fireflies. Scanning the throng with binoculars, it was hard to see which navigation lights belonged to which ship.

Uncomfortably close to a half-dozen ships, the radar indicated we were on a collision course with one of them.

I hailed the ship but there was no reply. So many ships, maybe the bridge watch is confused. Should I wake Glen for help? Nah, I’ve had six years of night watch and gotten us through other tight spots—I can do this.

Though we had right of way, I decided to alter course when no one responded on the VHF radio. As the ship drew near, I steered to starboard according to maritime rules. But the ship seemed to alter course too, because on the radar it maintained a head-on bearing. We were still on a collision course.

Turning more to starboard, I hailed the ship again, but still no response. Approaching lights loomed larger, and I realized we were going to get run down. I snapped out of my half-measures and screamed down to Glen, sleeping in the pilot berth just below the cockpit. If the worst happened, I did not want him trapped below decks.

“Help, I need your help,” I yelled down to wake him. No movement below — Glen is a sound sleeper.

This time I screamed in my Army voice, “We’re going to hit a ship. Come on deck.”

Either my tone did not properly convey the level of crisis or Glen was groggy from sleep because the next thing I hear is the toilet pumping — he was going to the bathroom. Glen’s going to die with his pants down.

Desperate, I spun the wheel, making a drastic course change. Please let this be enough. Heart pounding, holding the wheel as far to starboard (right) as it would go, I looked up to see the rivets on the hull passing on our port side, the spreader spar of our mast gyrating back and forth mere feet from the steel hull of the ship.

Swamped in the bow wave of the large vessel, our boat rocked violently like a sock on spin cycle. Glen just arrived in the cockpit in time to be knocked down by the sickening roll of our sailboat. He got up in time to see the well-lit navigational bridge pass by — with no one there.

The ship was on autopilot and no one was on watch in the busy shipping lane. I misjudged the radar — the ship had not changed course. If we had collided, our boat would have been the Torres Strait version of roadkill. No one would ever have known what happened to us, reduced to smears on the side of the ship’s hull.

My body felt limp — the downside of the adrenaline rush. Glen too was shaken and stayed with me in the cockpit until we were clear of traffic. We discussed what had gone wrong; the best I could figure, we were so close to the approaching ship that my first course change was too small to make a difference.

Looking back, I see the bigger picture. Sometimes you can be too close to a problem to get true perspective and too proud to ask for help. My career as an Army Military Intelligence Officer had shaped my thinking. For me, asking for help was a sign of weakness. But it isn’t. It’s a gift of trust to the person you ask.

Even now it isn’t always easy for me to ask for help. But every time I do, I wish I’d asked sooner.

The next time you are struggling or over your head, picture yourself on a small sailboat in the middle of a major shipping lane. It might convince you to ask for help with a solution. Just try asking and see what happens.