The Feeling 720, a centreboard sloop, was designed by Joubert-Nivelt and built in France by Kirie Constructions. 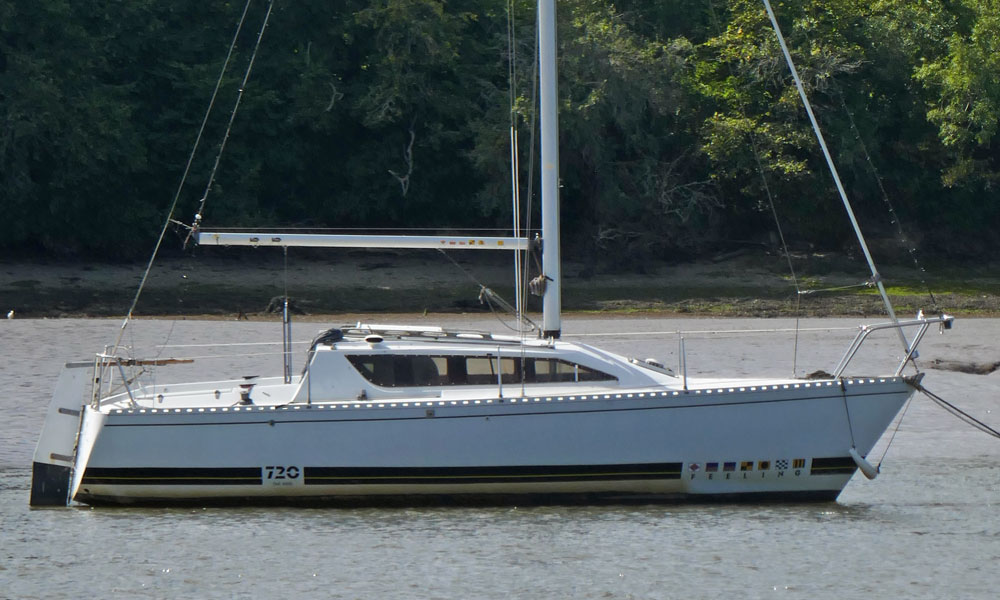 Published Specification for the Feeling 720

Published Design Ratios for the Feeling 720

Summary Analysis of the Design Ratios for the Feeling 720 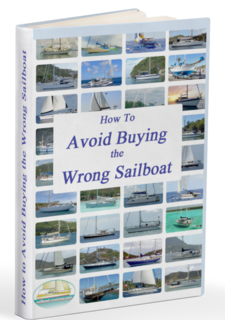 1. A Sail Area/Displacement Ratio of 21.3 suggests that, in the right hands, the Feeling 720 will have enough performance to leave most other sailboats of similar waterline length well astern.

2. A Ballast/Displacement Ratio of 36.1 means that a sailboat like the Feeling 720 (which doesn't have a stiffness-enhancing bulb keel), is likely to benefit from being reefed early to keep her sailing upright in a moderate breeze.

3. A Displacement/Length Ratio of 206, tells us the Feeling 720 is a light to-moderate displacement sailboat. If she's loaded with too much heavy cruising gear her performance will suffer to a degree.

4. Ted Brewer's Comfort Ratio of 15.5 suggests that the Feeling 720 will have the motion underway to that of a lightweight racing boat. Crew comfort will often be memorable for all the wrong reasons. Upwind in lively conditions the Feeling 720 will slam enough to shake your fillings out with a motion that most cruising sailors have no desire to get used to.

5. The Capsize Screening Formula of 2.2 tells us that a Feeling 720 would not be as good a choice of sailboat for ocean passage-making, owing to the increased risk of capsize in strong winds and heavy seas, when compared to a sailboat with a CSF of less than 2.0.