Mystery Sailboats
Be the First to Identify One and Claim Your Free eBook!

If you've subscribed to our free Newsletter, The Sailboat Cruiser, you'll know that in every issue since #34 there's been a 'Mystery Sailboat' section where readers are invited to test their sailboat recognition skills.

So if you think you recognise #67, #50 or #53, drop me a line with your suggestion and I'll be in touch. If yours is the first correct submission I'll send you the eBook of your choice from our eBook library. 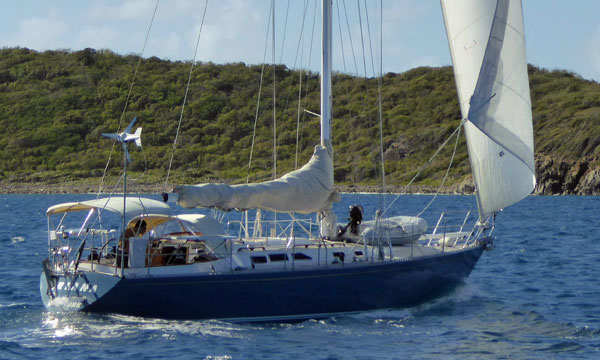 Now identified as a Newport 41 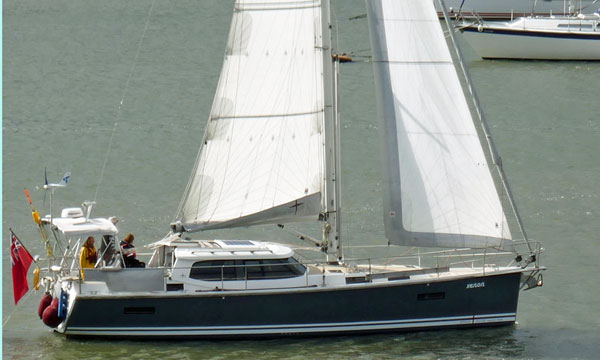 'Xenon', a modern deck saloon cruising sailboat, but what is the make and model?

'Xenon' was correctly identified by Torsten, from Germany, as a Sirius 40 DS. Torston chose 'Secrets of Sailboat Fishing' as his complementary eBook. 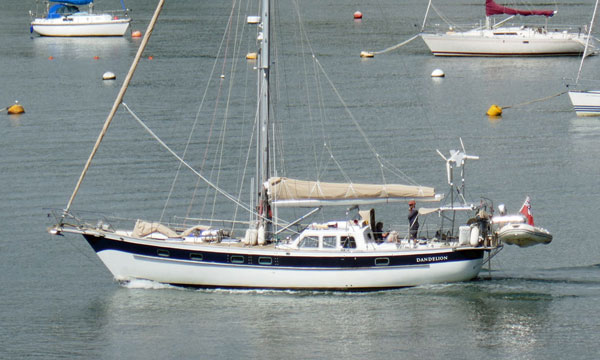 Dandelion, an Oceanic 46 motors down the River Tamar towards Plymouth Sound and the open sea.

Identified by her current owners 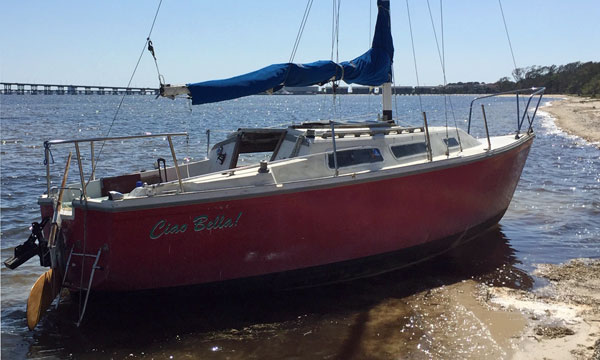 'Ciao Bella', a Catalina 25 on the rocks but later salvaged.

With thanks to Michael Wilcox, who correctly identified her. 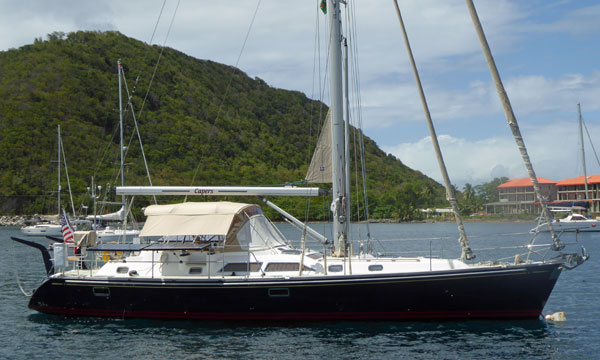 Thank you all for your suggestions, but an on-line image search for each suggestion revealed that 'Capers' is in fact a Hylas 46. 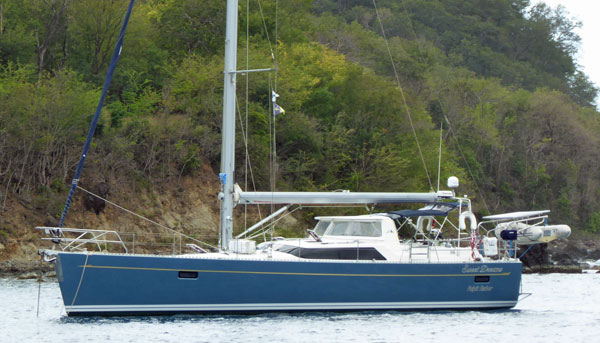 Although there were a number of suggestions for the identity of 'Sweet Dreams', which looked like a Wauquiez 48 but wasn't, none were correct.

How can I be so sure? Well, I spotted something in the pic that I should have seen earlier - the burgee of the Ocean Cruising Club flying on the flag halyard.

Being a member of the OCC, I was able to look up 'Sweet Dreams' in the members handbook and there it was - a Stevens Custom 53. Incontrovertible evidence if ever there was! 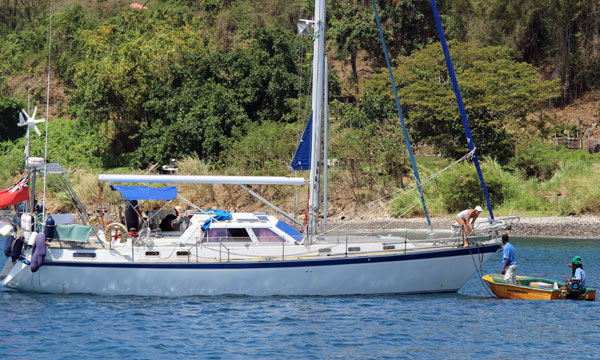 I thought this one got everyone beat, but then I received two emails. The first from Alfredo who said it was an Italian boat, a Francini 47.

The second was from the owners themselves who confirmed it was indeed a Francini 47, so well-done Alfredo. 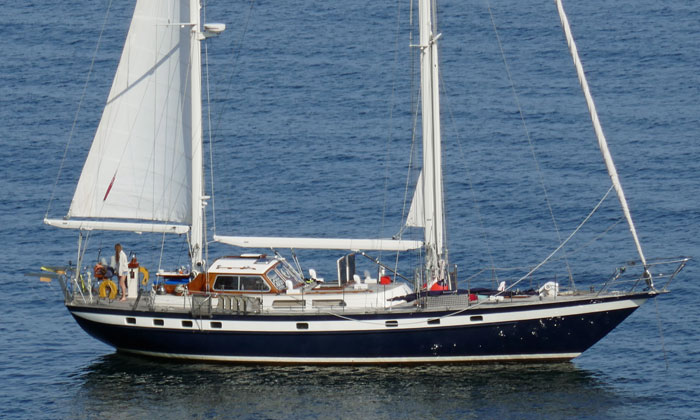 Several readers thought this one was a Swan, but the most popular suggestion was that it was a Jongert, and after a little research I was inclined to agree with them - it was a Jongert 21S.

Read more about the Jongert 21S... 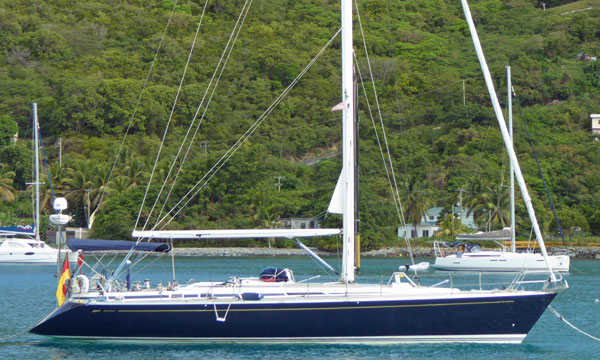 A simple and efficient sloop rig on this attractive cruising yacht

There were quite a few suggestions for this one, including:

After some more research I'm pretty sure she's a German Frers designed Swan 51. 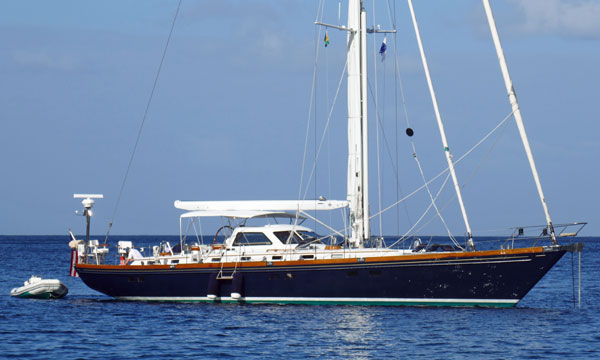 There were quite a few suggestions for last month's Mystery Boat, including:

But by far the most popular suggestion was that she's a Little Harbour - and I'm inclined to agree with that, maybe a 54?

Read more about the Little Harbour 54... 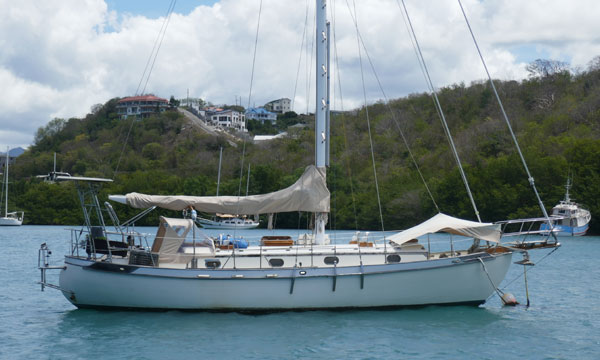 There were many suggestions for last month's Mystery Boat, including the Crealock 37, Hans Christian, Baba 30, Cabot 36 and Westsails of various sizes.

But the most popular by far was for the Tayana 37 and that's what she proved to be. Many thanks to you all for your input. 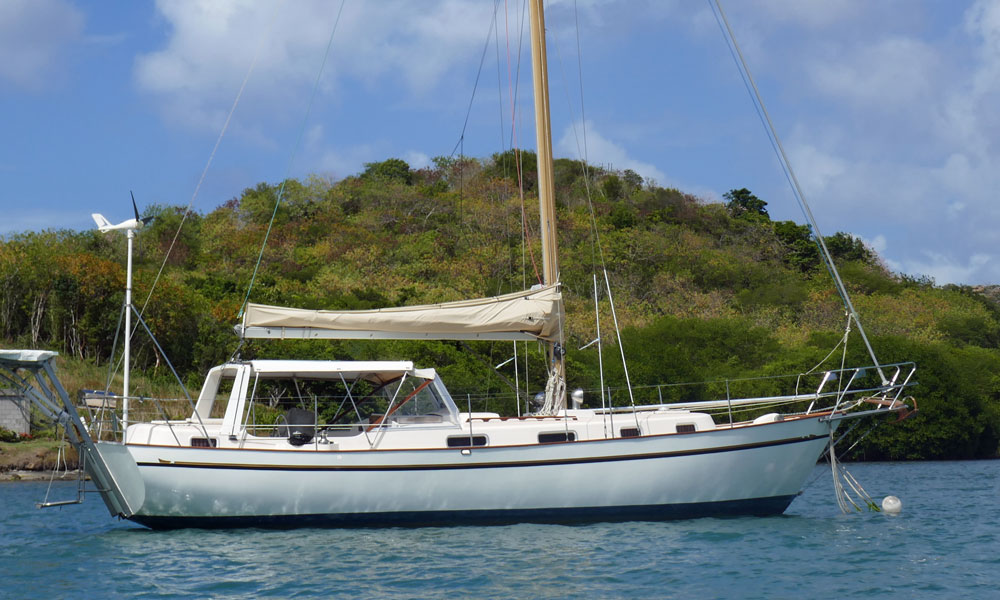 Many thanks to Eric of Gothenburg, Sweden, who successfully identified last month's Mystery Boat as a Malo 50. 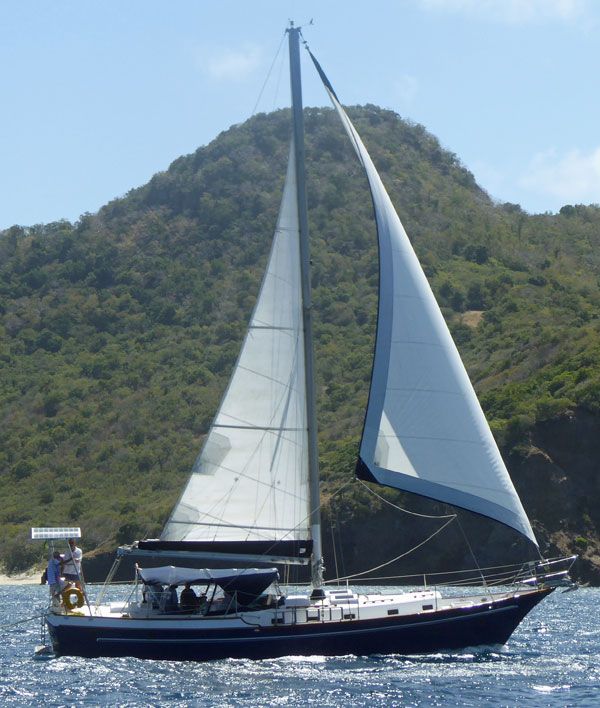 A cutter, but the skipper has chosen not to rig the staysail

Many thanks to all of you who successfully identified last month's Mystery Boat as a CSY 44 mid-cockpit cutter. 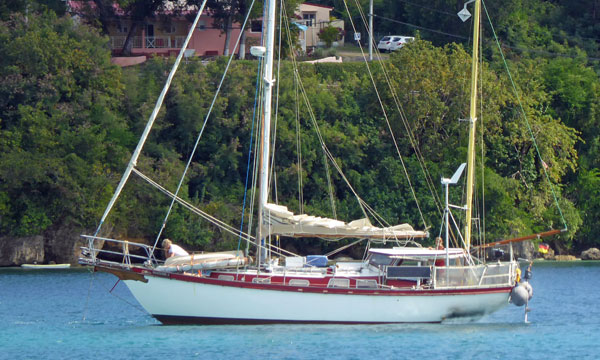 Identify this staysail ketch and claim your free eBook! 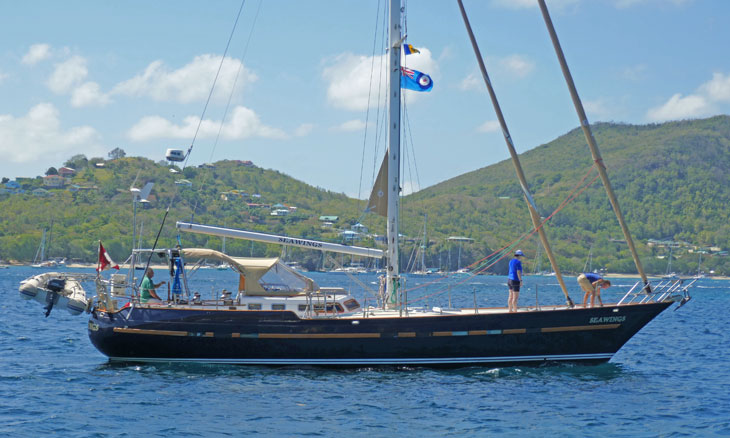 Read more about the Flying Dutchman 12... 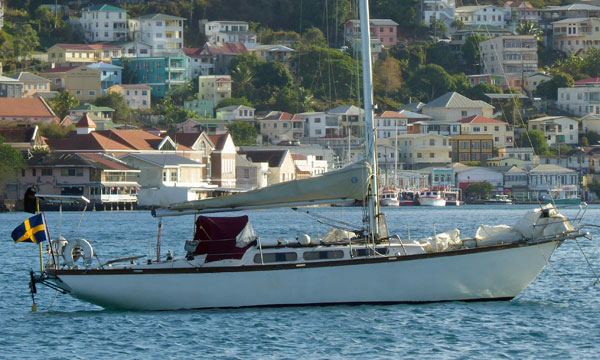 Identify this Swedish-flagged sloop and claim your free eBook! 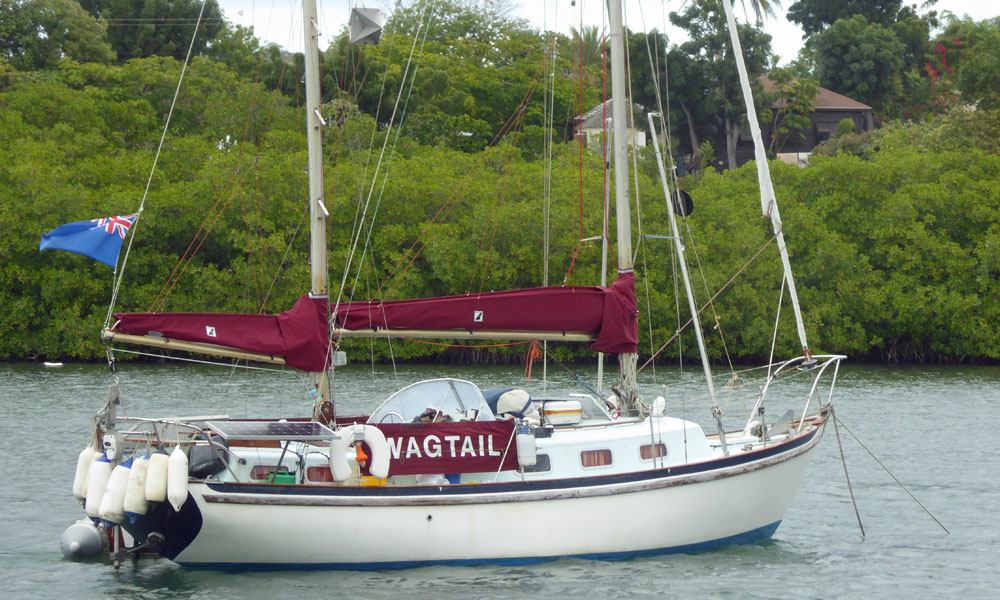 Many thanks to all of you who correctly identified last month's mystery boat as a Seadog 30 Ketch.

Apparently, there were two versions of the Seadog 30; the twin keel version and the Deep Seadog which had a deep fin keel. The difference is not obvious from an on the water photo. The interesting thing is that of the 140 built almost all are still sailing. 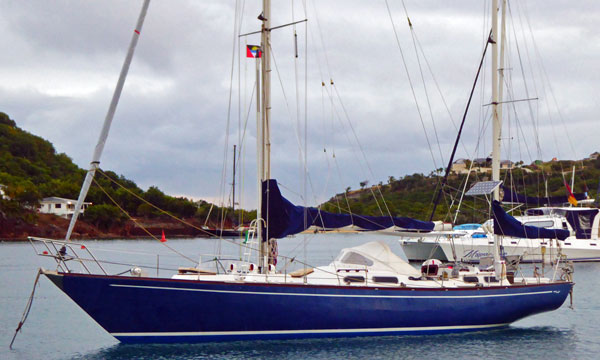 Read more about the Bowman 46 Yawl... 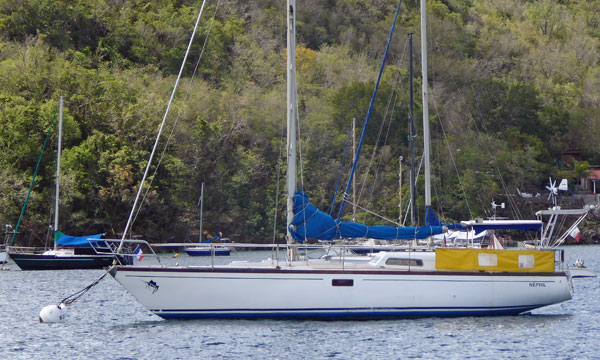 But thanks Jason, after researching your suggestion on line I came across a pic of an identical boat. So thanks Jason, you're right - she's a Jouet 1300. 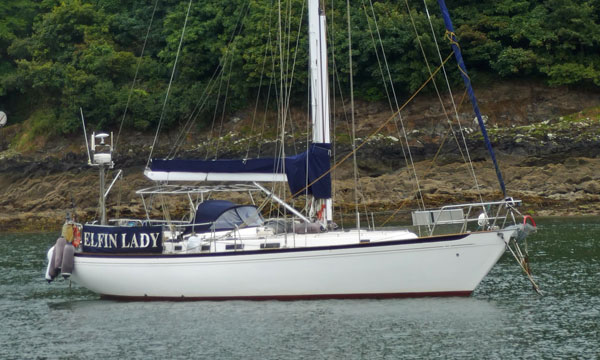 'Elfin Lady' moored on the Helford River in Cornwall, UK

We got a great response to last month's mystery boat 'Elfin Lady'...

"She’s ours!" said Phil and Sarah from West Cornwall, "She’s a Nicholson 476 Bluewater". 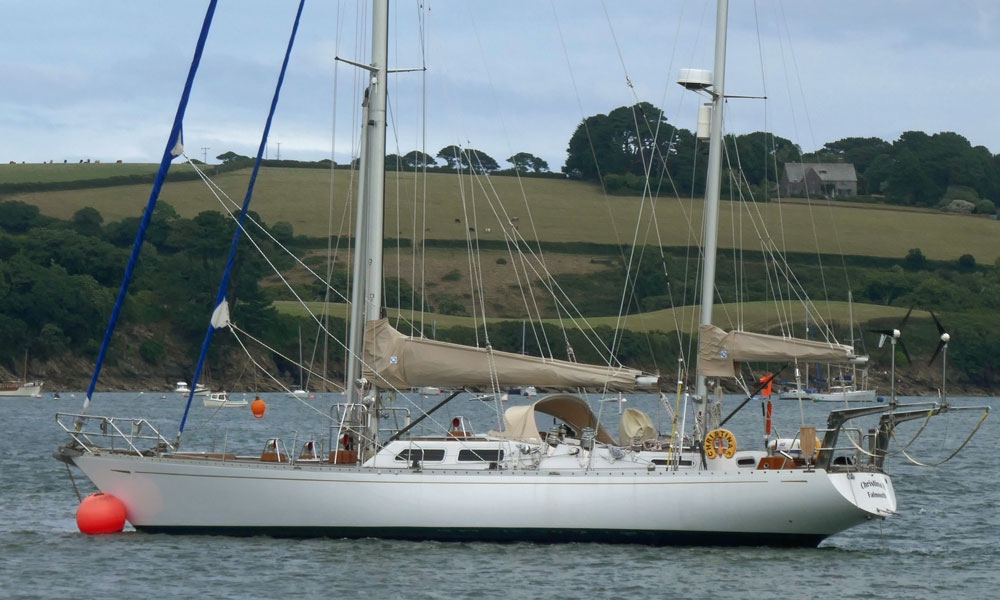 'Cristina R' moored on the Helford River in Cornwall, UK

Several of you suggested that last month's mystery boat 'Cristina R' was a Bowman 57.

A couple of minutes searching for pics on the internet of Bowman 57s proved that you were absolutely right! 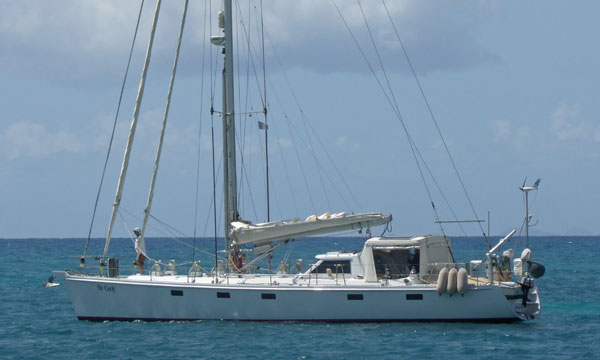 No-one was able to this one ('Mr Curly'), so after 3 issues we admitted defeat and moved on. But recently we were chatting with another cruising couple in Grenada who in passing mentioned their boat. Guess what? 'Mr Curly'!

They commissioned her as a Bougainvillea 60, designed by Chuck Paine and built in Ontario by Kanter Yachts. But prior to commencement of the build the owners decided to make her more suited for tropical rather than the North Atlantic cruising.

Chuck Paine was involved and the modified design was re-named the Southern Cross 62. So there you have it. Mystery solved! 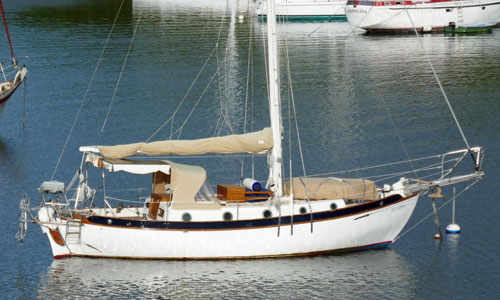 'EllaMia' on a mooring in Nelson's Harbour, Antigua, West Indies

"Too easy, said John Bukowsky about last month's mystery boat (shown below), it's a Westsail 32".

Leonard Webb also was of the opinion that it was a Westsail 32, but they were the only two - so maybe it wasn't so easy.

Read more about the Westsail 32... 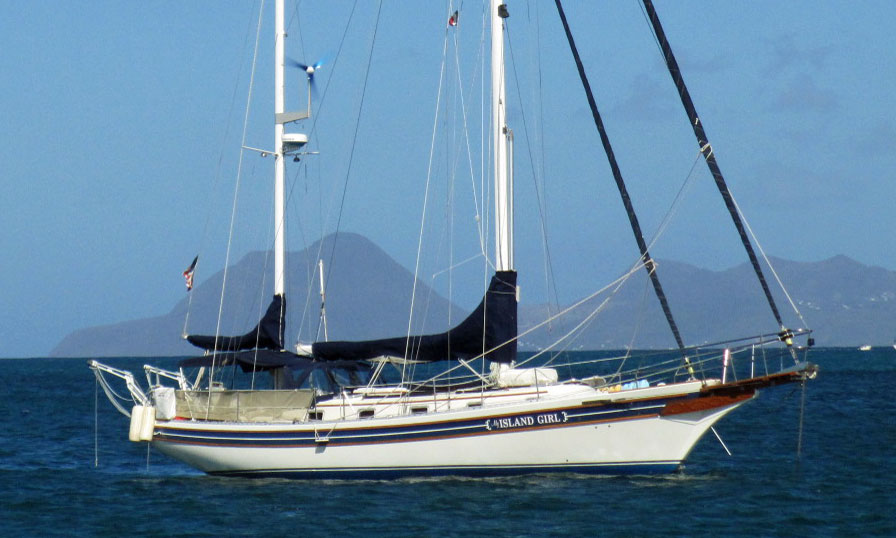 The weight of opinion is that last month's mystery boat (shown below) is a Hayden Gozzard designed Bayfield 40, built in Canada.

Read more about the Bayfield 40... 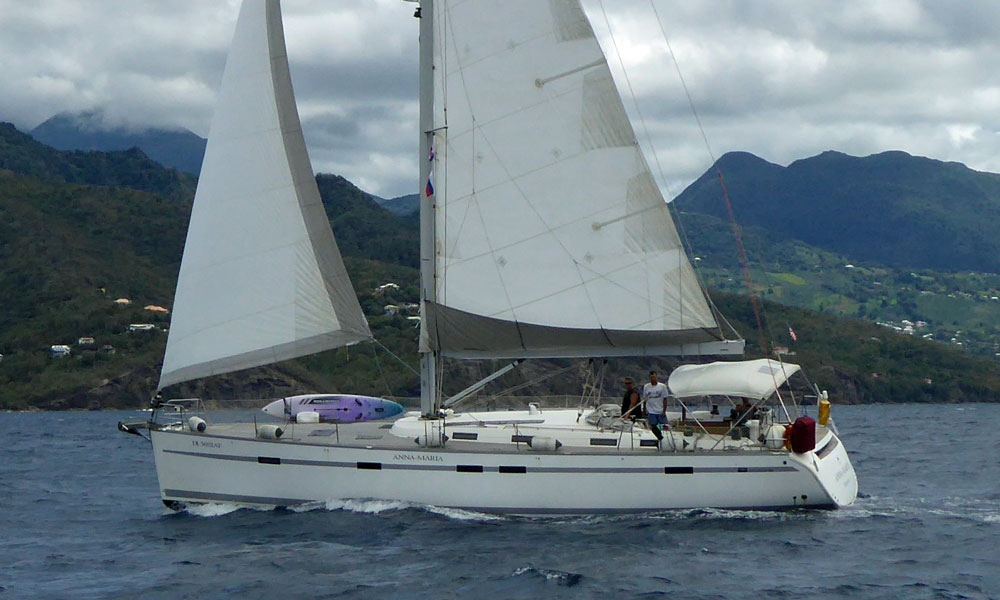 'Anna Maria' was correctly identified by Rick Frost, who recognised the similarity with his friend's Bavaria 40. 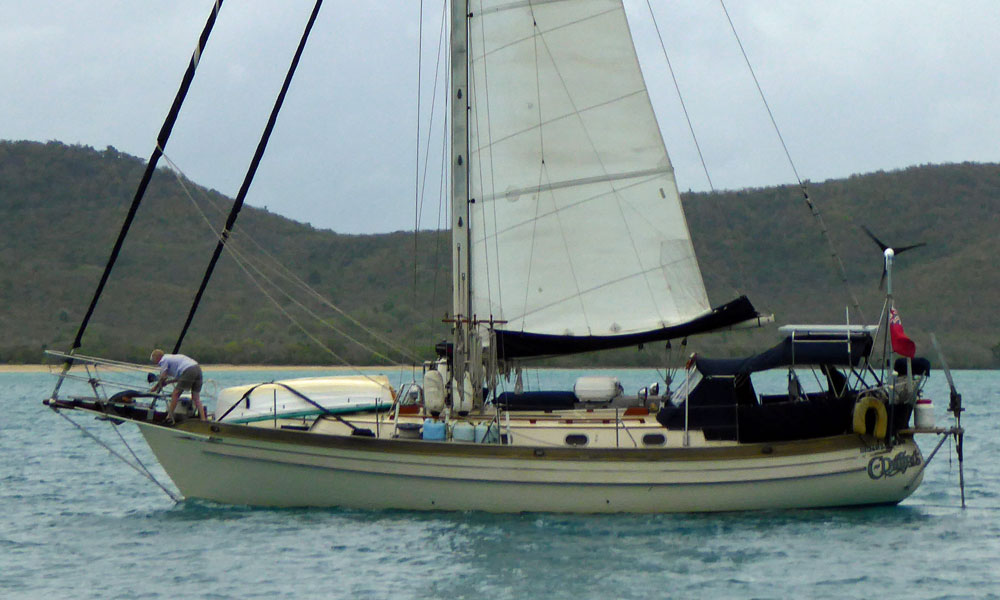 This one wasn't a Westsail or a Hans Christian as had been suggested by a number of you.

'C-Drifter' is in fact a Bob Perry designed Tashiba 40 which was also marketed as the Baba 40 and the Panda 40. 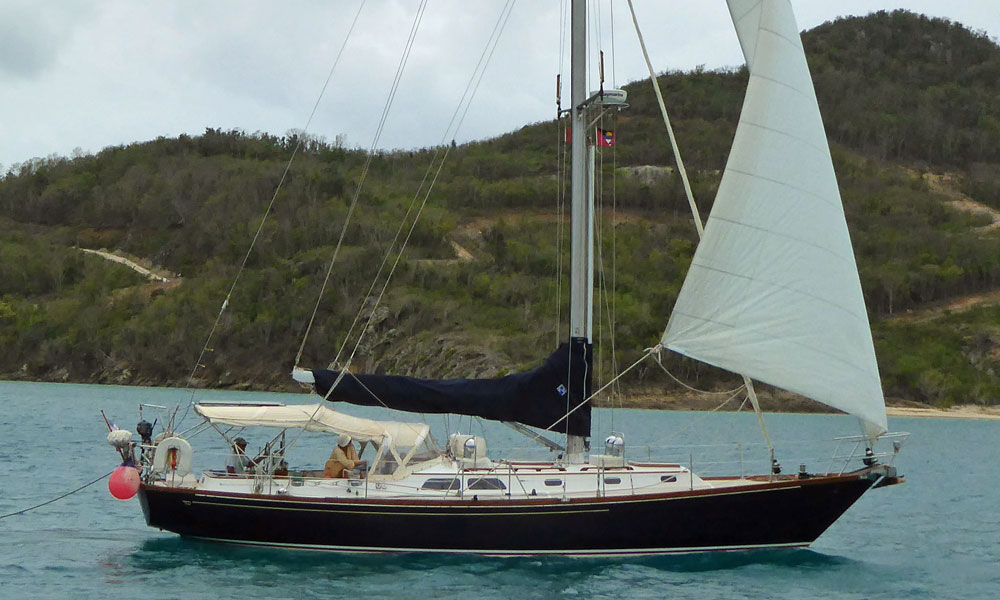 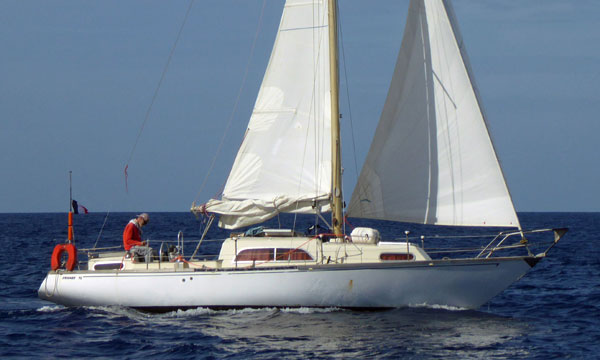 This centre-cockpit sloop was on passage from Martinique to Guadeloupe.

Thank you, Paul, for identifying her.

More about the Karate MkI 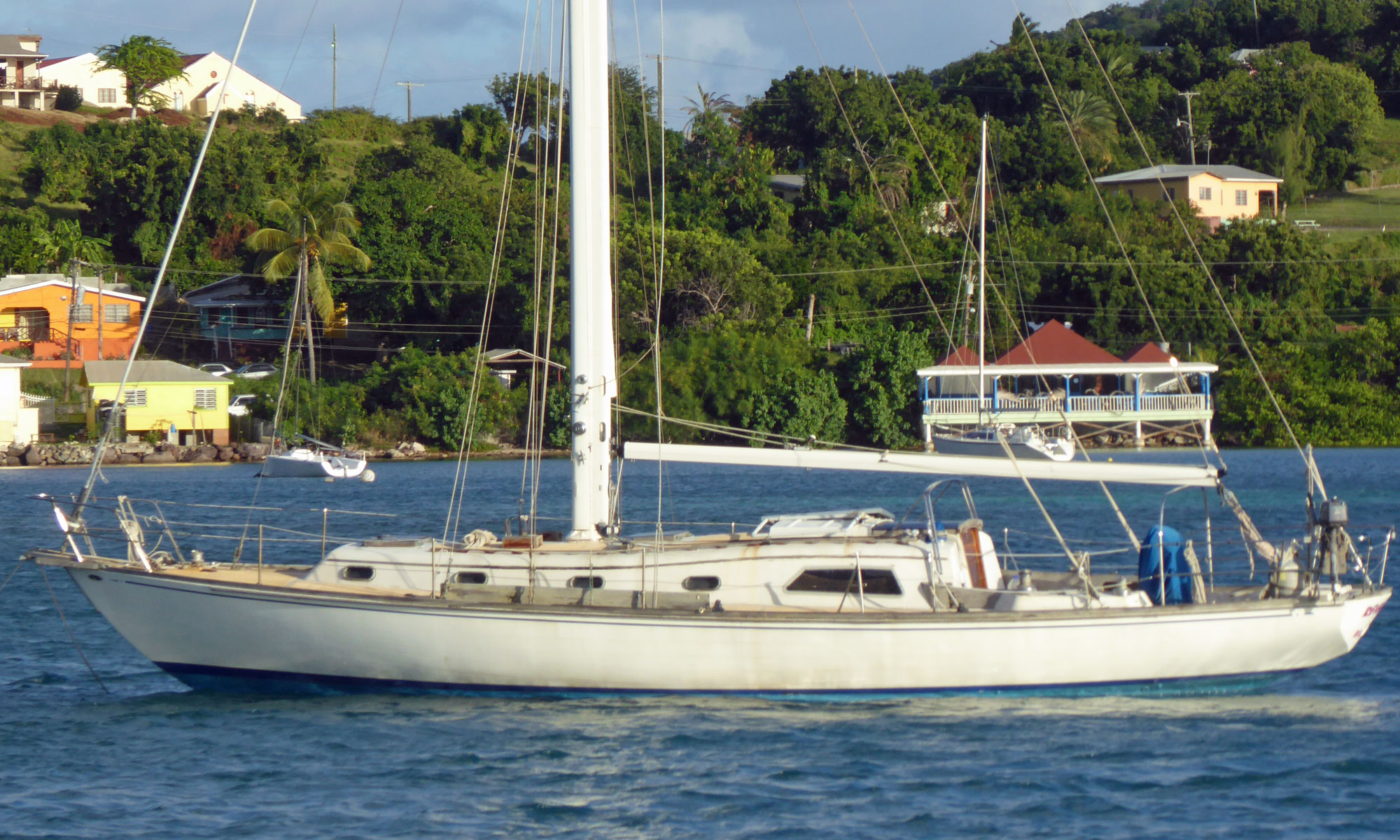 A masthead sloop from the 1960's at anchor in the sheltered water of Falmouth Harbour, Antigua

This one was almost identified correctly by a reader as an Islander 37. He was a few feet short of the mark, but he put me on the right track...

Read more about the Islander 44...