The Figure of 8 Knot
and Other Stopper Knots

The Figure of 8 Knot is a stop knot. It's tied in the standing end of sheets, halyards and other parts of the running rigging to prevent them from passing through jammer and turning blocks when they're accidentally released.

The Figure of Eight Knot is also known as the Flemish Knot and the Savoy Knot.

How to Tie the Figure of 8 Knot

Form a loop with the working end under the standing part.

Pass the working end over the standing part.

Tuck the working end into the loop from back to front. 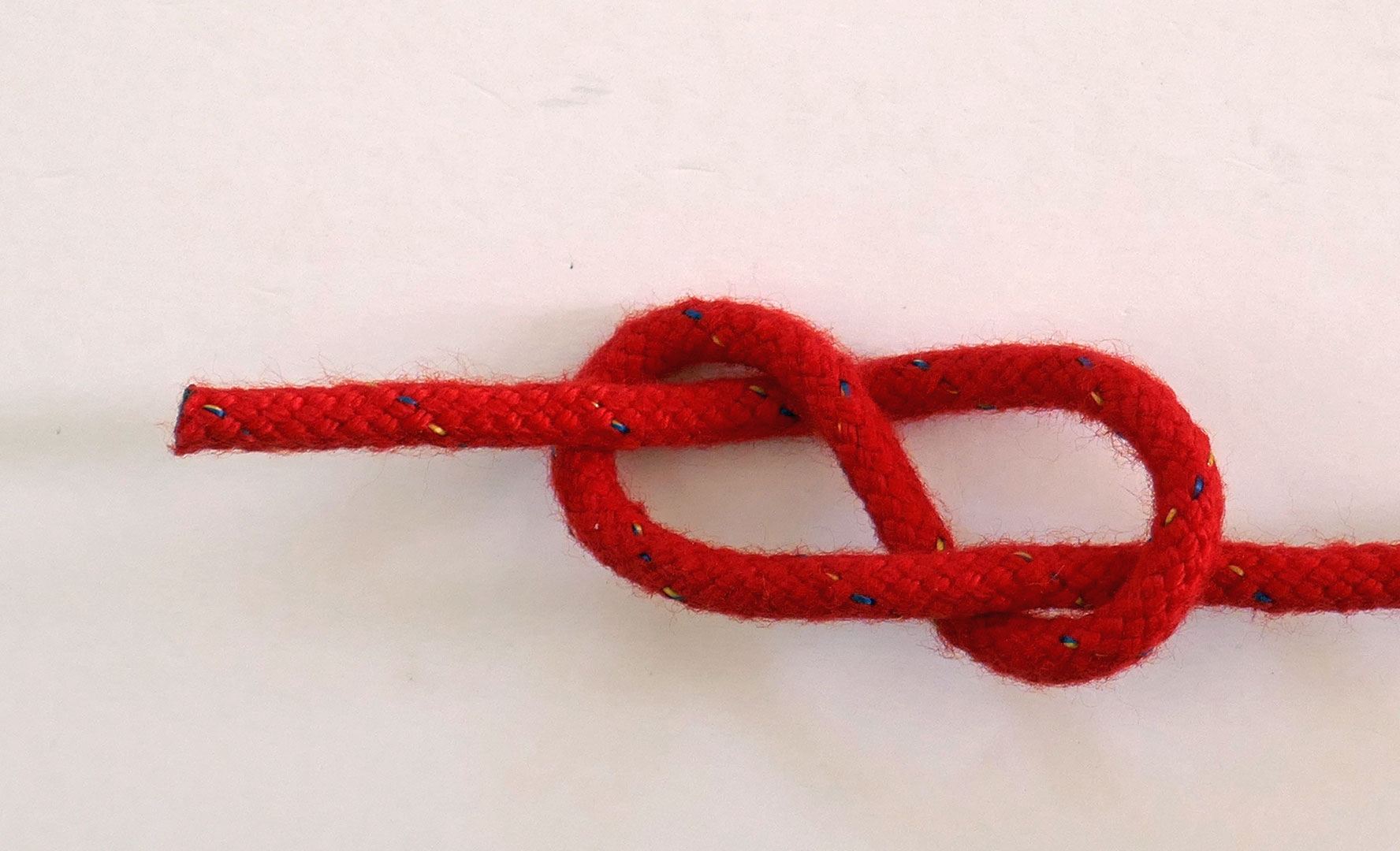 Pull the working end through the loop.

Pull the knot up tight - you've just tied a Figure of 8 Knot!

Nothing more than a Half-Hitch with nothing in it. The Overhand Knot is the easiest knot to tie and useful as a simple stopper knot, but can be difficult to untie.

Otherwise of little use on its own, it forms a vital part of other sailing knots such as the Round Turn & Two Half-Hitches.

The Overhand Knot is also known as the Thumb Knot.

An extra turn gives the Double Overhand Knot more bulk and hence increased effectiveness as a stopper knot. Here's how to tie it... 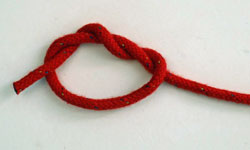 Two twists, rather than the single twist of the less bulky Overhand Knot. 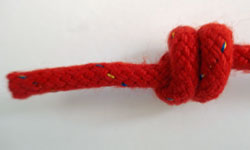 Pulled up tight the Double Overhand Knot is as effective a stopper knot as the Figure of 8 Knot, although it's more difficult to untie.

Stopper Knots: A Word of Caution.

There's one sheet in which you should never tie a stopper knot; the end of the spinnaker sheet. There are times, when this powerful sail has been allowed to get out of control, that the best solution is to let the sheet fly and wrestle the beast to the foredeck.