Why bother with watch keeping at all? A number of cruising sailors don't, just turning in at sundown and relying on the statistical improbability of being run down. Most get away with it. Others don't - and are never heard of again.

Our sailboats are minuscule in comparison to some of the behemoths that roam our oceans - they wouldn't even feel the bump.

Not keeping watch on passage is just plain foolish - and it's also in breach of Maritime Law.

Here's what the COLREGS (International Regulations for Preventing Collisions at Sea) has to say about it:

'Rule 5, Look-out: Every vessel shall at all times maintain a proper look-out by sight and hearing as well as by all available means appropriate in the prevailing circumstances and conditions so as to make a full appraisal of the situation and of the risk of collision.'

Most cruising boats are sailed by a couple, who may elect to take on an additional crew member for long offshore passages. Such crews will normally have just one person on watch, with the other(s) resting below.

It can be a tiring business, keeping watch, - particularly at night - so some form of rota system must be put in place if the watchkeeper is to carry out his duties effectively. First though...

Can a Solo Sailor Comply with Rule 5 of the Colregs?

Clearly not, but many do all they can by using a kitchen timer to wake them from their slumber to have a look around the horizon every 20 minutes or so.

But provided their vessel is equipped with sophisticated electronic instrument systems (and a charging regime that can keep it all up and running) then these instruments will, to a degree, keep a watch when the skipper can't. For example...

These all go some way towards helping a single-hander comply with the spirit of the Colregs. 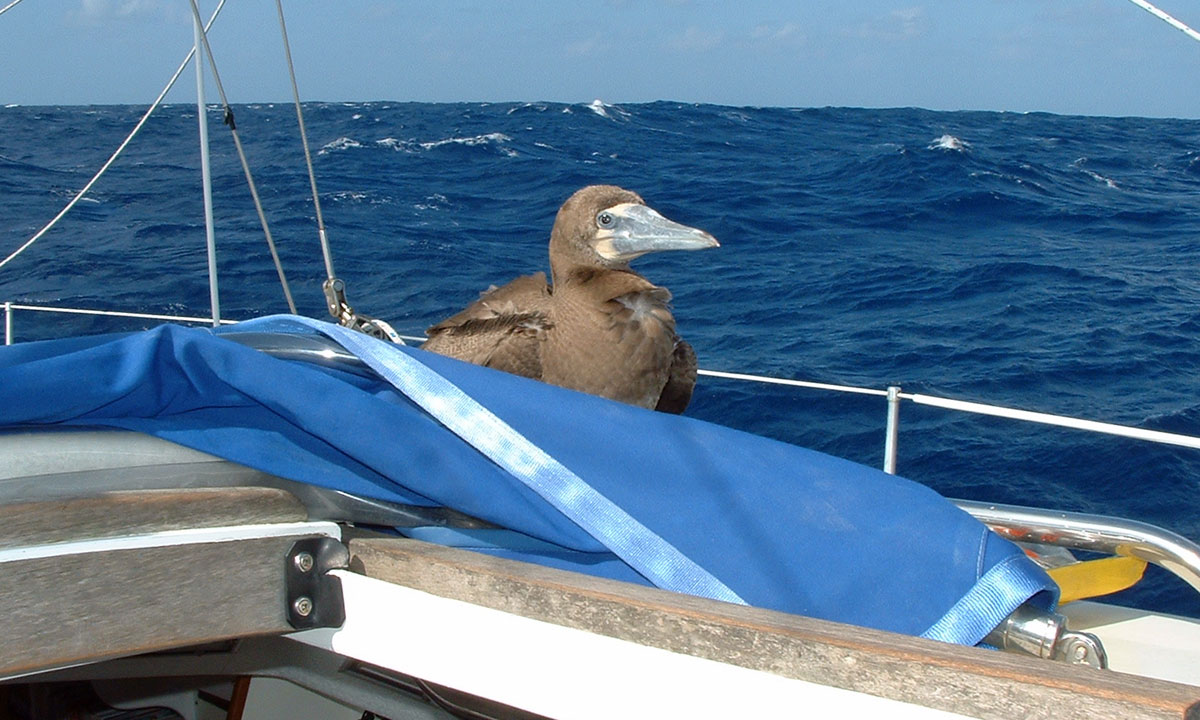 Another pair of eyes is always useful...

Watch Keeping Rota Options for a Crew of Two

With a crew of 2 and the day split into an odd number of watches, the system rotates over a 2-day period.

The white arrow indicates noon and the black one midnight.

In this system the night watch is split into three 4-hour periods, which means that one person does two night watches one day and a single night watch the following day. Each crew member has a 6 hour off-watch period during the day.

This our favoured system, and is the one Mary and I used to good effect when crossing the Atlantic, as referred to in her eBook 'First Time Atlantic Crossing'.

In this system the blacker part of the night (from 2100 to 0300) is split into two shorter 3-hour watches, followed by a longer dawn watch. As in the previous option, each crew member has a 6 hour off-watch period during the day.

Here the daily number of watches is increased from five to seven which, unsurprisingly, leads to shorter watch periods all round.

For 2-man crews that prefer even shorter watch periods, this nine watch system with 2-hour watches either side of midnight, is probably as far as they can go.

There is no 'best' watch system - what's good for one couple may not work at all for another.

Watch Keeping Rota Options for a Crew of Three

With a crew of 3 and the day split into an even number of watches, the system rotates over a 3-day period. It's clear to see that the additional crew member greatly eases the watchkeeping burden of a two man crew.

A simple system of eight watches giving three hours on watch followed by 6 hours off for each crew member.

Much like the previous system but tweaked to give each crew member an 8 hour period off watch.

It's vital that the skipper can get a decent rest when he's off watch, and if that's to happen he'll need to have confidence in the on-watch crew. He'll want to set some rules, which might include the following...

And a hot cup of tea (or coffee if that's what floats your boat) ready for the new watch is always appreciated!